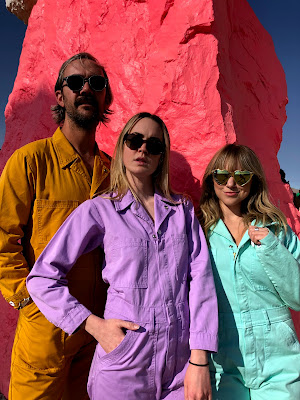 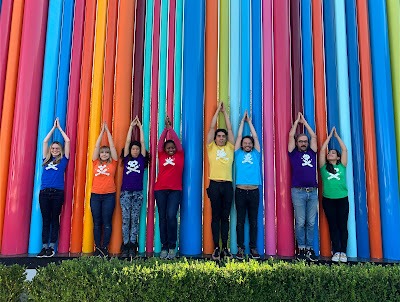 It was a very colorful week this week.  Can't get enough.

"Can I expose myself to you?"
So here's what happened.  We were doing a Story Pirates show and in this story the main character was afraid of bubbles.  The kids decided that the way to help him get over that was by exposing him to a bunch of bubbles.  So someone came on stage as a bubble and that's what they said.  Another character immediately said, "Um...maybe let's rephrase that...".  It was hilarious.

I was in Vegas all week with Story Pirates, and this was a tour for the books.  We had such a good time there.  We did 10 shows in 5 days for somewhere in the neighborhood of 2,500 kids.  On top of that we saw shows, ate at restaurants, walked the strip, visited the Pinball Hall of Fame, and generally lived our best lives.  It was so fun and also so exhausting.  But really we had a lovely time and laughed a lot and stuffed our faces and still probably didn't eat more calories than we burned with all the shows we were doing.  If you find yourself in Vegas, though, I've got some recommendations.

Also!  I signed up for a half marathon.  It's in February.  Never thought I'd ever do something like that but here we are.  So I've been training for that.  Getting some miles in.  My knees are not too happy about it, but they're surviving.  This week in Vegas was actually really nice because I had access to a hot tub post-run.