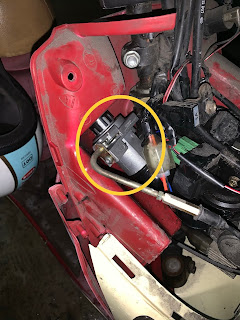 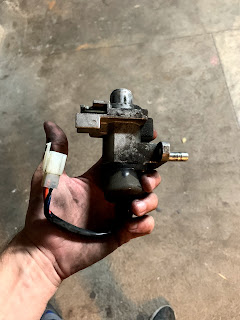 I somehow lost the key to my scooter.  I mean, I know that I'm a little scatter-brained sometimes, but I've had that key for 8 years, and it was attached to my other keys - which I did not lose.  Anyway, turns out you can't just cut a new key for my brand of scooter.  You have to replace the entire ignition switch.  So, I did a little YouTube searching and it looked like I could do it myself - which would save me about $200 in towing and labor costs.  So I ordered the part online (which was less than $100, surprisingly), and aside from having to disassemble more of my scooter than I thought I'd have to (which wasn't hard, just involved keeping track of a lot of screws and where to put them back in), it was a really easy process.  And my scooter is back in action and works like a charm!

I'm 36, y'all! This birthday was honestly one of the best I've had.  I did my annual beach bonfire at the beginning of the week and it was as delightful as always.  Plus, look at this cool log! 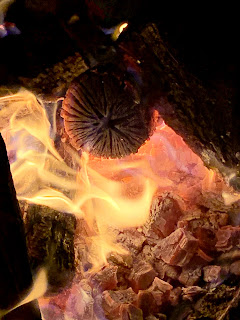 I got a few gifts from people and without exception they were thoughtful and perfect.  I spent most of the day rehearsing for our Story Pirates symphony show and honestly, Story Pirates is the thing I love doing best, and my SP friends are among my favorite people in all the world, so I don't know that there's really anywhere I'd rather be or anything I'd rather be doing (Except, perhaps, Disneyland, cuz I'd always rather be at Disneyland).  I started the day with a KILLER breakfast and ended with dessert and friends and the whole day was filled with laughter and light and love and good news, and I honestly don't know how I got to be so incredibly, unbelievably lucky. 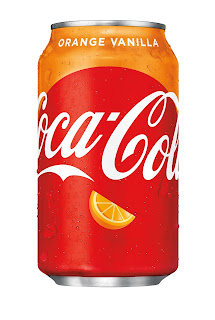 I saw that they'd made this and wanted to try it out.  The grocery store only had a 12-pack, so I said, "What the heck! It's my birthday!" So I've had a lot of orange vanilla Coke this week.  It's good.  I still prefer regular, or vanilla, or cherry, but this is good.  Mostly I'm looking forward to introducing my Story Pirate friends to the joys of Fiiz.

These four songs on repeat, cuz they're the ones we're doing for the symphony show: