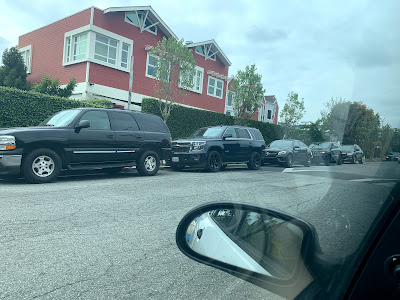 Picking up my kid from school on Thursday and encountered this long line of shiny black cars also picking up kids.  Privileged school much? 😂
What's going on?
It seems things are noticeably getting back to "normal" - whatever that means.  Hanging with friends, going to movies, making plans for the future with the assumption that things will be open.  It's nice.  I think almost everyone I know is at least partially vaccinated, and most are fully vaccinated at this point.  HOORAY!
Still, this week has been filled with puzzles, reading, lounging, some exercise, a few projects at home, a few errands, and generally remaining isolated.  Though I did get together with a few friends to watch the season finale of RuPaul's Drag Race, and it was so so nice to be indoors eating food and watching TV with people without being paranoid.
I worked, essentially as a warm body, for an ultrasound workshop this week and I always think it's so interesting to do that.  You kind of get an unfiltered peak at your insides.  The doctors participating in the workshop noted that I have an excellent pyloris (which is a part of the stomach), that my right ventricle - which pumps blood to the lungs - is about twice as efficient as one would expect, and that I need to stay more hydrated.
Last night my roommate had a friend over for a movie night, so I made myself scarce and decided to finally put together a little kit my friend Kasi got me for Christmas.  It was actually really nice to just chill, put on some music, snack on a cookie, and work on a little project for a bit.  Plus it turned out SO adorable.  It's technically a bird feeder, but I wanted to make it a planter.  So I did.  Well...mostly.  I still need to figure out the finer details of actually turning it into a planter.  Mostly I just need to get a container of some kind, or maybe just line the whole thing with a ziploc bag or something and then put plants in it.  Regardless, it's too cute. 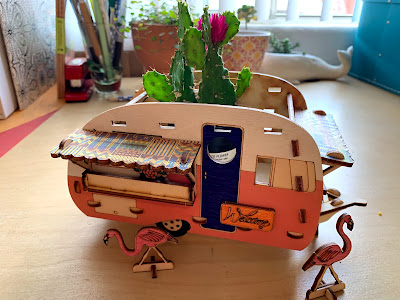 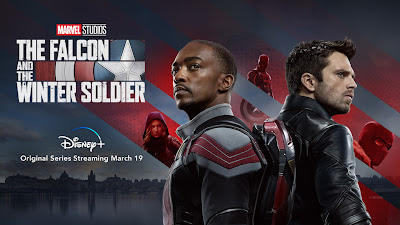 The finale episode was this week and I enjoyed it.  Haven't really read any feedback about it, but as far as I'm concerned, it didn't disappoint.
What I'm listening to
So, over the last couple of weeks I've been following a bit of hubbub in the progressive Mormon community surrounding Natasha Helfer and her experience being called in for a disciplinary council - or whatever they're called these days.  She's a licensed clinical therapist and certified sex therapist who has blog and hosts a couple of podcasts talking about issues related to sexuality specifically as they relate to the Mormon community.  She was apparently called in because some of her sexual health advocacy work is not in line with current church teachings and positions on a few things.  She gives an interview on the Mormon Stories podcast about the timeline of events, her feelings about her work, and her relationship with the church.  I don't always love the host of Mormon Stories, but I think this episode is absolutely worth a listen.  I think she presents an open, honest, uncompromising defense of herself while being considerate and fair toward the church and its leaders.
She found out this week that she's been excommunicated.  As far as I can make out, she was essentially excommunicated because she followed and used the latest understanding and research in her field, and assiduously and uncompromisingly followed the ethical codes of conduct for her profession. And honestly I think it's a gross, unconscionable travesty, especially given the circumstances surrounding the disciplinary council itself.  Some of you may disagree, but to my mind it brings up questions of leadership overreach, unrighteous dominion, gender inequality and by extension the meaning and practice of love and mercy, and the already tenuous relationship The Church and Mormon culture have with mental and sexual health.  Every mental health professional I know agrees.
Anyway, this has just been on my mind this week, and I am a little heartbroken for Natasha, who has done nothing but bring healing and light through her work. I know that I am a better, more balanced person for having encountered to her.
What I'm reading
I get the New York Times daily email every weekday to stay abreast of what's happening in the world.  There is often Coronavirus-related news, and the editor of the newsletter one day this week talked with an expert about how eve though vaccinated people are understandably hesitant about returning to a lot of normal things, we actually should feel perfectly safe doing things like going to the movies or eating in restaurants.  It was great to read that.  Even though I'm still being pretty cautious.
Posted by Greg D at 12:54 PM No comments: 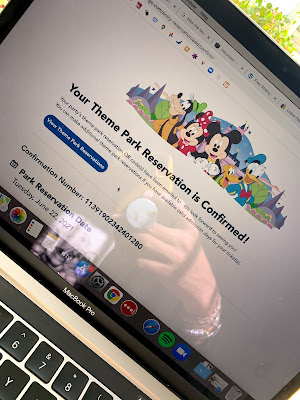 Disneyland is opening back up and you'd better believe I got on board for that!
What's going on?
Another year older, another year wiser, I suppose.  Had my birthday on Monday and it was a very chill affair.  I took my paddle board out for a spin in the morning, came home for some laundry and a nap (I definitely cuddled up to the warm, freshly clean laundry straight out of the dryer), then my roommate and I went to the movie theater for the first time in over a year and splurged on the fancy seats that vibrate and move.  That was followed by some dessert and card games.  I had lots of lovely messages from friends, got a couple of cards, and generally had a very pleasant passing of the year.
The rest of the week wasn't much more exciting.  Work, reading, a date, and a 15-mile hike up a mountain.  Took the paddle board out again this morning because it's warmer than it's been in quite some time, but it was WINDY and proved to be a less-than-ideal day for a leisurely paddle on the water.
What I'm watching 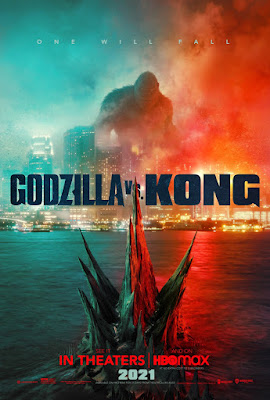 Will this movie make cinematic history?  No.  Was it entertaining to watch two giant monsters beat the crap out of each other in surround sound with a bucket of popcorn and a vibrating seat?  Absolutely.
What I'm listening to
This Mormon Sex Info episode about consent was fantastic.  Truly.
What I'm reading 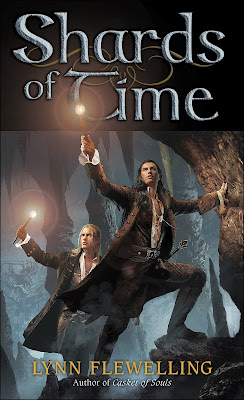 That's right!  It's book 7.  The end of the series.  Book 6 wasn't my favorite, but this one is shaping up to be better already.
I also started "The Sacred Enneagram," which has been interesting so far.  Recommended.
Posted by Greg D at 3:45 PM No comments:

I haven't killed a plant in MONTHS. 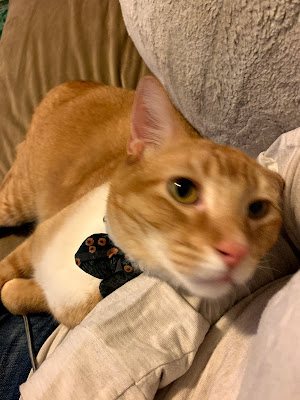 My roommate's cat, Seb, was feeling especially cuddly.
What's going on?
Back to life, back to reality.  Mostly.
It was a pretty chill week around these parts.  A little work, a little reading, a lot of naps.  I did manage to get a little sunburned this week.  I met up with a friend at the beach and forgot sunscreen and a hat.  Luckily it's not a terrible sunburn, but a sunburn nonetheless.
Honestly, wish I had more to report. I'm honestly pretty content at the moment, but the day to day is a little...mundane.  *shrug*
I have started a gratitude practice which has been really interesting and fun.  Right before bed, I write down 5 things I'm grateful for, and then just spend a minute really thinking and about those things and sitting in the gratitude.  It's added some good perspective, and also during the day it makes me kind of stop and notice things to be grateful for.  Most of them are pretty small - the light playing through the trees, an especially good cookie, a smile from a cashier - but somehow that makes it all the more meaningful.
What I'm watching 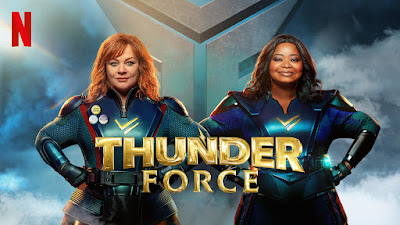 This got pretty terrible reviews, but it made me and my roommate laugh a lot.  Don't expect much from it, and it'll be a lovely little romp.  From what I remember, it's even appropriate for the whole family, though I'm probably not the best judge of that as living in LA has desensitized me to many things.  There are plenty of websites out there, though, that'll give you the low-down on what's what.
What I'm reading
You thought it was going to be book 7 this week, didn't you?  DIDN'T YOU?  Well, you were wrong.  I'm still on book 6.
Posted by Greg D at 6:59 PM No comments:

Home prices are great in the middle of nowhere. 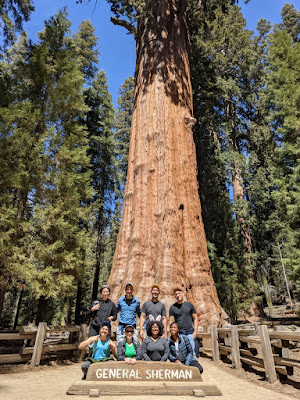 Me and some friends in front of General Sherman - the largest tree in the world by volume: 52,500 cubic feet!  It's about 2,500 years old, 275 ft tall, and 109 ft around.  Another fun fact:  You can't see it in the picture, but the top of the tree is dead. That means the tree will never get taller, but it's still growing outward!
What's going on?
This has been a friend-heavy week!  At the beginning of the week, my friends Sara and Amy were in town for a little getaway with their other friend Katherine.  I went to spend a couple of days with them down in Hermosa Beach where we got in some beach time, food, Downtown Disney and PLENTY of laughter. 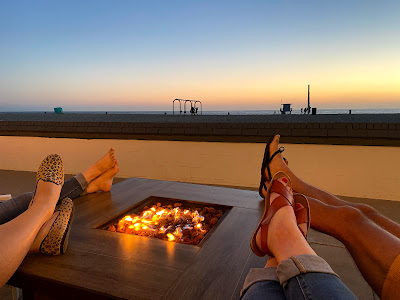 I got in a couple of regular work days before heading up to the mountains for Easter weekend with some LA friends.  It's been a truly delightful weekend: games, puzzles, movies, enough food to keep us full and happy for a full week beyond what we planned for, hot tubbing, hiking, wild turkeys, and this VIEW: 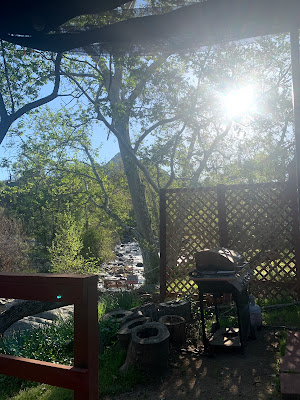 I'm a bit of an early riser, especially compared to everyone I came up here with, so I had this morning view pretty much to myself every morning while sipping on hot chocolate and doing some morning meditation.  It really has been the most relaxing and soul-restoring weekend. Highly recommend Sequoia National Forest if you've never been.
What I'm watching
The mountain sunrise.
What I'm reading 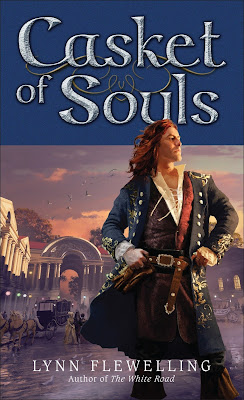