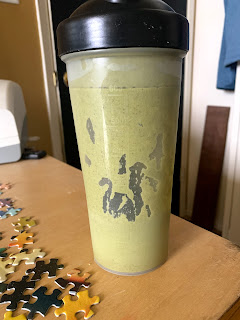 There was a dinosaur in my protein shake!

I made the unintentional mistake of going to Disneyland on a grad night.  Those happen a bunch this time of year and I try to avoid them because Disneyland is CRAWLING with teenagers and it's all a bit much.  Though I did honestly have a wonderful few minutes sitting on a bench just watching them all while waiting for a friend.  It's kind of fun to imagine who they're all going to turn into.  It's also just interesting to see, in action, the idea that we're all wired for connection and we all find our people.  In general, though, I prefer Disneyland with a smaller percentage of teenagers.  I was tracking my steps that day though and got nearly 30,000, which is 15 miles!

I saw a couple of plays this week.  One was mediocre, but fun.  The other was really good (and starred John C Reilly!).  It was interesting to have those two experiences back to back.  It also just highlighted the fact that it's hard for me to watch plays like a normal person.  I'm ruined as a patron of the theater.  It was also fun to discuss the plays with the friends I went with and see how we all came away with such different experiences.  Really showed the importance of getting different perspectives, ya know?  I'm just full of lessons this week.

Into a few books this week, actually:

This was recommended by my good friend Tara.  It's a graphic novel and is positively delightful.  All about learning to be brave and do the right thing.  Also awesome that the book is FULL of diverse characters. 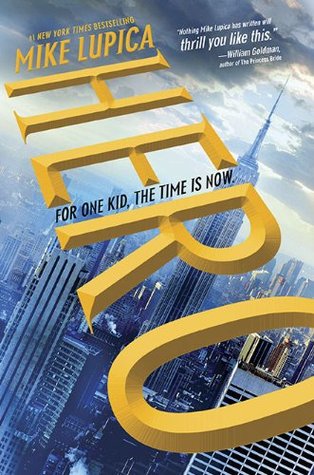 This author is known for his sports-themed books.  He's got TONS about kids who play all the sportz.  Great for boys who may have limited interest in reading, but not necessarily my jam.  This novel, however, is a little different.  It's about a kid who gets super powers and has to learn how to deal with all of that.  It's not earth-shattering literature, but it's a fun, easy read. 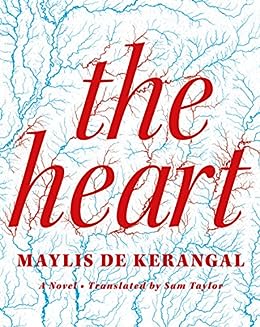 A book that's a bit more grown-up.   The story of a young man who gets in car accident and the lives that intertwine around his death.  The prose is interesting and a LOT different from the YA novels I usually read.  That's probably also due to the fact that it's translated from French.

This show is based on true events and it is BONKERS. It's basically about Munchausen Syndrome by proxy and just leaves you wondering about the crazy people that exist in the world.


Birds and the Bees podcast.  A new discovery!  I'm starting to get a little choosey with which podcasts I listen to, and which episodes of those podcasts because there are just so many good ones and so little time.  This one is hosted by a therapist in Salt Lake and he interviews experts in the mental health field about things dealing with sexuality - pornography, shame, masturbation, how to talk to kids, sexual health etc.  The episodes I've listened to so far are awesome.  The perfect storm of factors I grew up in/with has left me with some scars in this arena, and though I think I have a pretty healthy approach to sex in a general sense, it's really good to listen in to things like this.
Posted by Greg D at 5:27 PM