In which I make my feelings about The President clear 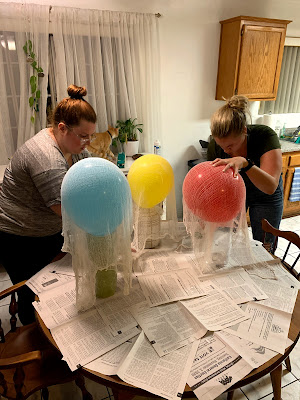 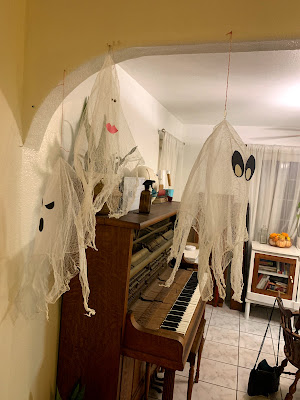 Just a little crafting with the roommates.  Our cheesecloth ghosts didn't turn out exactly how we imagined, but they ended up being pretty cute.  Their names are Wilbur, Judith, and Eugene.
What's going on?
We had a few days of really nice weather as a respite from the heat and it's been so lovely.  But the forecast is looking rather warm for the next little stretch.  *sigh*
Last weekend on a whim, I decided to go paddle boarding and remembered how much I really enjoy it, so I went on the Costco website and bought myself a paddle board.  The next morning I strapped it to my scooter (it's an inflatable one) and headed down to the beach.  About halfway there, it fell off my scooter, but was still attached by the bungee chords, and scraped along the asphalt for a short bit.  Put a nice hole in it before I even got a chance to use it.  Luckily Costco has a pretty wide-open return policy.  My new new paddle board should arrive this week.  *double sigh*
THEN I lost one of my wireless ear buds.  It fell out of its case in my front room and I cannot for the life of me figure out where it went.  *triple sigh*
Tutoring continues to go well.  I feel lucky I have skills and work that give me some income during the continued lockdown.  And most of my kids are really great kids.  I do have one who is a bit of a Negative Nancy, which is kind of sad to see in an 11-yr-old, but alas.
I watched the Vice Presidential debate on Wednesday, though heaven knows why.  I already know who I'm voting for and it really did nothing but raise my blood pressure as we all yelled at the TV.
Also, a friend shared this with me from a Facebook friend of hers, and while I'm not 100% sure where all of you stand with regards to the current administration, I wanted to respond just in case any of you were confused or unclear about my feelings on the state of our nation:

My response?  I am saddened that you haven't learned to spot the difference between confidence (I am good at what I do) and arrogance (I am better than everyone else at what I do).  It's a subtle, but important difference, and Trump unabashedly crosses that line.
I am saddened that you see nationalism and think it's patriotism.  I also love my country, but not at the expense of people I think "shouldn't be here."
I don't know how you can tell if or when Trump is being honest.  I'll grant you that it probably happens. Even an broken clock is right twice a day.  But with more than 20,000 documented lies, it's more likely that anything he says is false.
Trump's racism is equally well-documented, and you don't need the "mainstream media", as you call it, to tell you that.  And let's be clear: ignoring racism, or dismissing it, or sweeping it under the rug is a racist act as violent as any lynching, and 1,000 times more dangerous because of how innocuous it seems.
Honestly?  I don't see Trump as a Republican.  I have too much respect for the Republicans I know to lump him in with them.  I see him as a politician of convenience.
Trump is objectively not a dictator or an authoritarian.  Our government is set up so that we don't, and can't have a dictator.  But he cozies up to dictators and certainly has authoritarian leanings and tendencies. He has given us little doubt that he would behave as a dictator if he could.  Mercifully there are checks and balances in place so that he can't.
I work with children and have for the better part of two decades and I can say unequivocally that Trump is childish.  The very behaviors he displays while being "a fighter, unwilling to cave to the lies," are the behaviors that when children display them, we chastise and correct them.  I and my colleagues are desperately trying - at your behest - to train those behaviors out of America's children.
Using the phrase "a breath of fresh air" is incredibly ironic given Trump's views and policies on the environment and the measurably negative effect they're having.
When it comes to immigrants, being married to one doesn't preclude you from hating them. Trump has unabashedly shown his contempt for immigrants who are from countries or groups that he deems unworthy. And regardless of when or why the cages at the border appeared, there are children in those cages who have been separated from their families because of the Trump administration.  Passing the buck doesn't solve the problem. I am all for legal immigration because our nation was built by immigrants.  Immigrants are part of what makes America so amazing.  And we should honestly be making it easier for immigrants to live and work here and contribute to our society.
It's true that before the pandemic rocked the foundations of our society, the economy was doing well.  But the fall of the economy has nothing to do with political parties.  It has to do with individual Americans making decisions to keep their families safe - on both sides of the aisle.  And our economy would probably be back on the upswing more than it is - thus scoring a major victory for the President in this election season - but for his complete and utter ineptitude in handling it - as essentially the entire medical and scientific community will attest to.
Violence in the streets is not happening exclusively in cities led by Democrats.  I do not condone violence in any form.  But if we ignore and condemn the violence without looking at what's causing it - and no, the cause is not "the radical left," anger and violence are simply manifestations of fear and pain - we're missing the point.  Regardless of how you view the violence taking place, the reality is it's happening on Trump's watch, and largely because of his rhetoric.
And you're right.  I do want someone more presidential.  Someone who uses the language of unity instead of division.  Someone who inspires confidence instead of fear and confusion.  Someone who lifts people up instead of tearing them down.  Someone who respects our global allies.  Someone who unequivocally and speedily condemns hatred in all its forms. And the thing is, there are people across the political spectrum who can do those things.  There are decent, good, hard-working Republicans you could have chosen, but instead you've chosen to rally behind an infantile bully.
But mostly I continue to be completely flabbergasted by the fact that Christians overwhelmingly support - and not just support, but celebrate and revere - a man who in no conceivable or objective way displays, demonstrates, or embodies any quality that Christ taught us to value.  He mocks the disabled, degrades and belittles women, lashes out at perceived slights, lies, cheats, insults, brags, boasts, and divides. You've sold your birthright for a mess of pottage.
So yes, we do see things very differently, and more than anything, it makes me so incredibly sad that you see a web of lies and propaganda, but somehow don't realize that you're the one that's caught in it.
What I'm watching 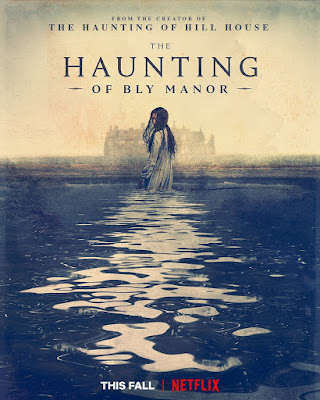 I generally DO NOT like scary things.  I don't like the feeling of being scared.  Not into it.  But somehow my roommate convinced me to watch this with her.  I'm doing okay, because we sort of laugh a lot, but it's still scarier than I care for.  However, I will say that this show is incredibly well-done.  It's visually beautiful, the cinematography is top-notch, the acting is incredible, and the story is interesting. Also, as the story is revealed, it gets a little less scary - which is nice.  If you're in the mood for something festive for the season, and don't mind a little scare, this is a pretty good pick.  I've also watched Young Frankenstein, The Ghost and Mr. Chicken, and Sleepy Hollow - more fun seasonal picks.
What I'm reading 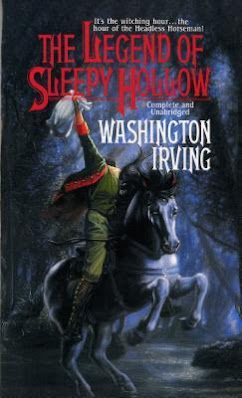 This is essentially just a short story.  After reading it, I thought, "How on Earth did this become such an enduring part of our culture?" The author literally spends more time describing the food at a banquet than he does the actual encounter with the Headless Horseman.  But it's always fun to read an original story like this.  Highly recommended if you want a quick read for a spooky evening.
What I'm listening to

This episode explores the idea of really listening and experience the world from someone else's point of view.  I think it's an essential conversation for our times.
What I'm puzzling 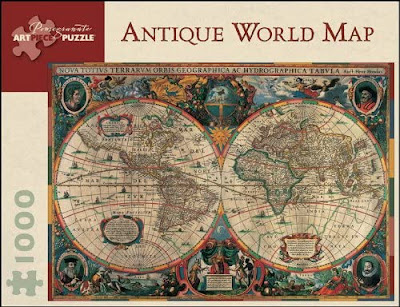