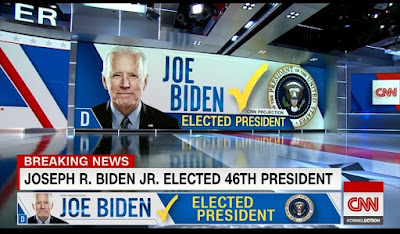 It will come as no surprise to any of you that I am ELATED about this news.  And regardless of who you voted for you or how you feel about this outcome, I think it says something that this news caused joyous celebration in the streets literally the world over.
Quote of the Week
"Donald Trump is a manifestation of the ugliness that's in us."
All of us.
- Princeton Professor Eddie Glaude
What's going on?
I think I may owe some of you a bit of an apology.  I got a little fiery in last week's post and it was brought to my attention that I was being a bit of a jerk.  I try very hard to operate in my life from a place of empathy, but I still get sucked into that ugliness on occasion too. So I'd like to start off by saying I'm sorry if anything I've said in the realm of politics has made you feel unfairly judged.  I truly am.  I know that my family and friends are good people trying their best to follow their conscience and live their values.  I've put some thought into what I said and honestly, I stand by the sentiment.  However, I think I could have been a little more empathetic in how I expressed myself.  And even though the election is over and the president has been chosen and so the point is a little moot, let me try to do that now.
The system of values and beliefs that I have and operate from, which are largely based on a Christian upbringing, are completely and utterly incompatible with a vote for Donald Trump.  My spiritual/religious/moral framework does not allow me to vote for someone like him. If you chose to vote for him, you have certainly done that based on the beliefs and values that you have and operate from.  We both have valid reasons to act the way we have based on our understanding of the world.  When I say that if you voted for Donald Trump, I don't trust anything you have to say about Jesus, what I mean is that whatever system of values you hold as a Christian that allowed you to vote for Donald Trump is not a system of values that I am the least bit interested in.  And to be fair, you probably aren't much interested in a system of values based in Christianity that allow me to be a pro-choice feminist who thinks the prison system is obsolete and that socialism kinda gets a bad rap.
There's a lot more I could say on this subject, and I'm happy to have a conversation with you about it, I'd genuinely be interested to hear how your understanding of your moral principles shapes your thoughts on politics and politicians, so feel free to reach out and let's talk.  But for now let me just say that I'm sorry.  In my opinion, Donald Trump has sown enough division and hatred over the last 4 years, I'm not going to allow him to destroy the relationships I value as well.
Anyway, it was an anxiety-filled week this week.  High-stakes election, record numbers of COVID cases, just lots going on.  I was glad to end the week on a note of joy.
What I'm watching
CNN host Van Jones' emotional reaction to the news of the President elect.
Also this very cute movie on Netflix.  Worth a watch, methinks: 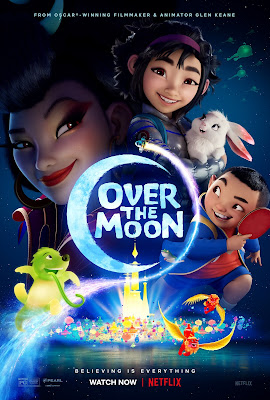