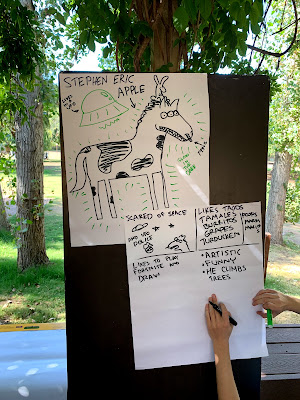 Spent a couple of days this week at a summer camp doing some Story Pirates.  This is Stephen Eric Apple a glow-in-the-dark alien horse.  He went on quite an adventure to find a girlfriend who ended up being an inflatable dinosaur.  Love finds a way.

Y'all.  I love my job.  Like, LOVE my job.  And I recognize how lucky I am to be able to say that.  The summer camp we went to this week is called Camp Harmony.  It's a camp for underprivileged kids - many, and I think most of whom experience or are affected by homelessness in some way.  It's one of the coolest things we get to do all year.  This was the most involved we've been as well.  We did two days of programming.  Writing workshops in the morning and a show performing the stories the kids wrote in the evening.  It's always such a cool experience.  A couple of us did both days, but most of the Pirates involved just did one.  We got to stay overnight and experience all the fun things at camp - including staff pretzel night!  Also fun - a couple of the camp directors are sort of famous for riding Segways around camp.  One of the stories was set at Camp Harmony, so we borrowed one of the Segways and I pretended to be one of the camp directors and got to ride the Segway around for a bit.  Turns out, I'm pretty good at it!

Also spent a good chunk of time this week building a bookcase.  I bought some plywood, used a friend's jigsaw to cut it up, and spent yesterday afternoon assembling it.  It didn't turn out exactly like I planned, because all I had was a jigsaw and a drill, and didn't measure it out exactly beforehand, but luckily it's easily adaptable.  I still have a few finishing touches to put on it, so I'll post a picture next week, but I'm pretty darn happy with how it turned out.

Early in the week I had a meeting with a friend at a cookie shop.  I bought an extra cookie and threw it in the seat of my scooter.  It kind of got buried and I discovered it again SEVERAL days later.  It was still good!  Cookie surprise! 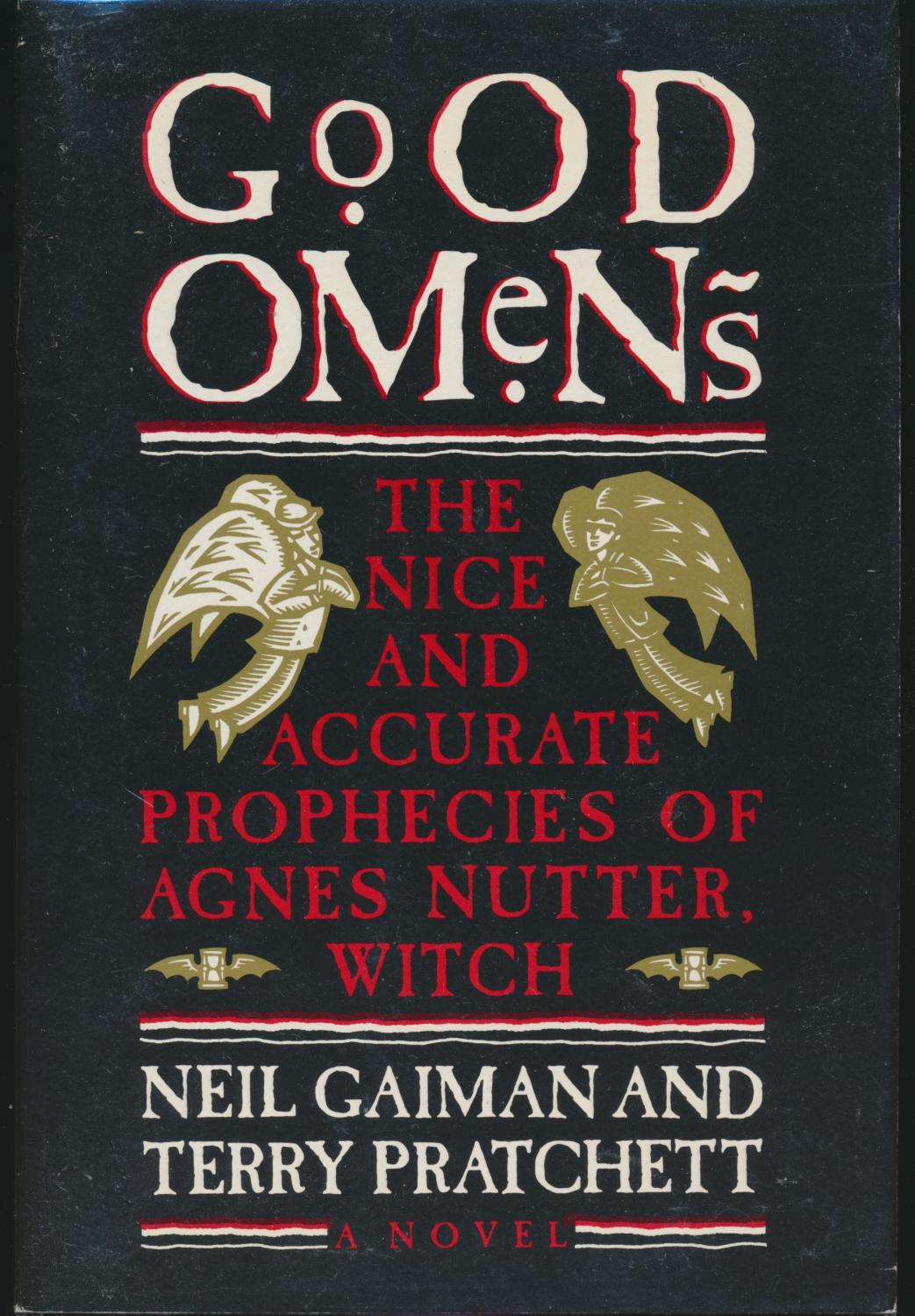 This is a quintessentially British production and I am HERE for it!  I love British humor.  It's so bizarre.  Anyway, this also recently came out as a series on Amazon as well, and I'm interested in seeing the adaptation. 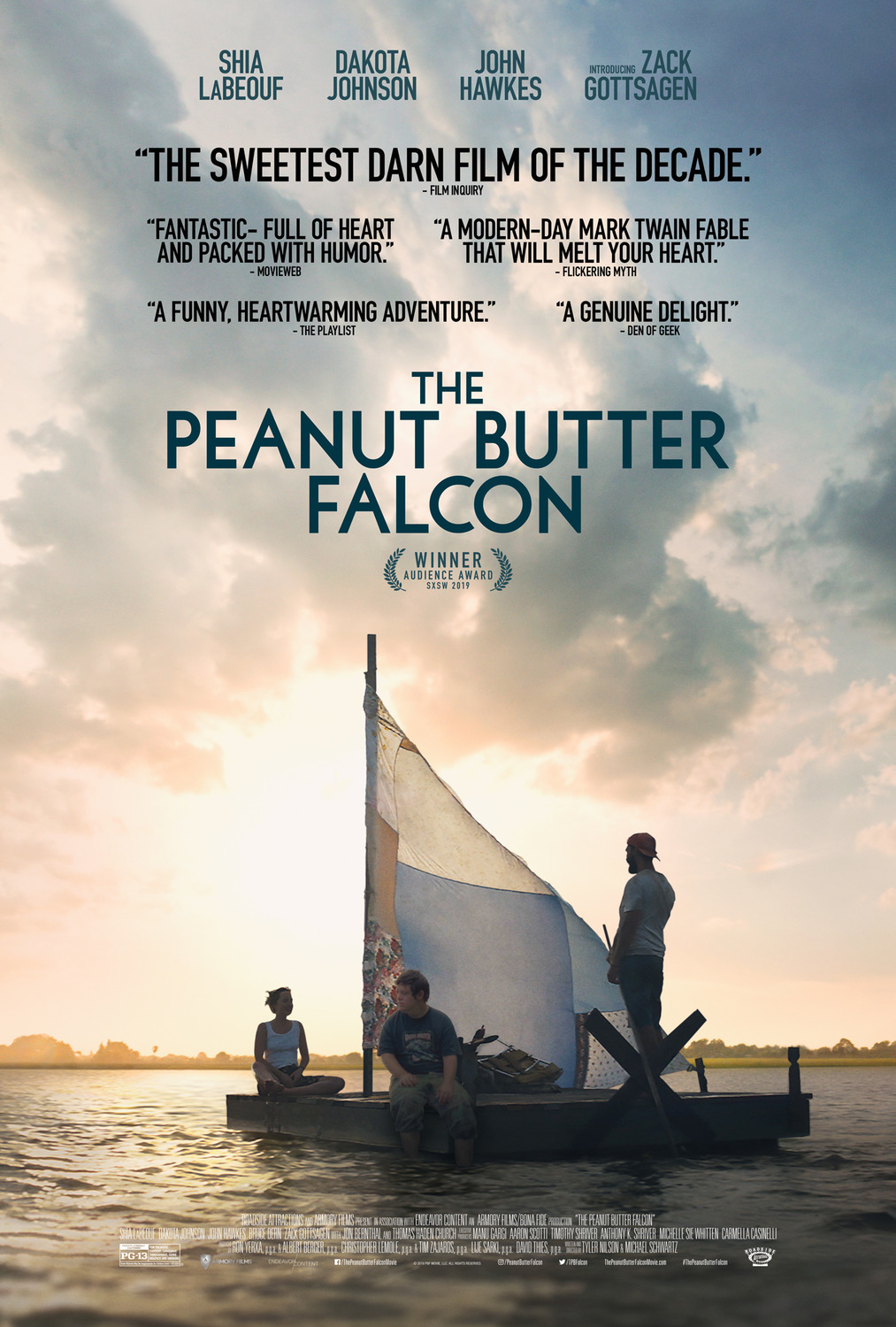 This was delightful and so heartwarming.


This episode of the On Being podcast included such an interesting and refreshing conversation on what it means to be Christian.  I really enjoyed it.
Posted by Greg D at 11:29 AM